Aaron has a post on the new JAMA article by Christopher Murray and a host of colleagues on “The State of US Health, 1990-2010.” Aaron is amazed by this study and I am too, in part because if anything the title understates the authors’ ambitions. Although the focus is on the US, they are actually describing health and its determinants throughout the developed world.

The authors measured the health of 34 developed nations using age-standardized measures of death, morbidity, and disability. They then looked at how these measures and the rankings of the nations changed from 1990 to 2010.

The good news is that the US made progress on most measures. For example,

However, as Harvey Fineberg summarizes

the health of the US population has improved only gradually and has fallen behind the pace of progress in many other wealthy nations. In fact, by every measure including death rates, life expectancy, and diminished function and quality of life as assessed by the authors, the US standing compared with 34 OECD countries declined between 1990 and 2010.

I have argued that absolute changes in health — where the US rose — are more important than comparative rankings — where the US fell. So is there a problem here?

There is a tragic problem. Even though we have made progress, comparable countries did a lot better. We should have done as well as our peers did. Because we did not there was suffering we should have prevented and lives that we should have saved, but that were lost. Unrealized marginal improvements in health, accumulated over two decades and hundreds of millions of people, amount to many tens of millions of years of healthy life that Americans did not enjoy. Think of it as an invisible holocaust.

Why we did not enjoy these millions of years of healthy living is an enormously complex question. It is in part because of the manifold deficiencies of our health care system. But only in part. Population health is much more than just the performance of the health care system. It is also how we live: obesity in West Virginia, homicide in Flint, methamphetamine in Hawaii, and suicides in the Mountain West. 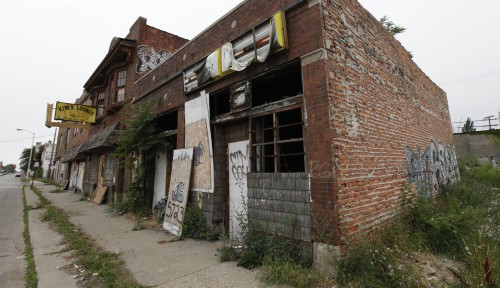 And a huge amount of stress everywhere. I’m reading George Packer’s The Unwinding: An Inner History of the New America. Atul Gawande exactly captured my feelings about this book.

My July4 wknd reading was George Packer’s The Unwinding. Sickening, riveting page turner on the financial destruction of the working class.

Packer documents the shredding of jobs, families, and communities across America. It has always been true that

The mass of men lead lives of quiet desperation

but now we confirm this desperation by sitting in idling cars at the fast food pick-up window.

Americans are extraordinarily creative and productive. But we do not realize the well-being that we should be deriving from our incredible effort, talent, and physical capital. We need to stop accepting substandard and inefficient performance from our health care system. And we need to reflect on how we are living and what we are living for.