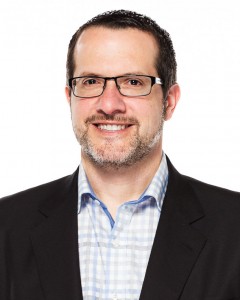 Aaron E. Carroll, MD, MS is a Professor of Pediatrics and Associate Dean for Research Mentoring at Indiana University School of Medicine. He is also Vice President for Faculty Development at The Regenstrief Institute. He earned a BA in chemistry from Amherst College, an MD from the University of Pennsylvania School of Medicine, and an MS in health services from the University of Washington, where he was also a Robert Wood Johnson Clinical Scholar.

Aaron’s research focuses on the study of information technology to improve pediatric care and areas of health policy including physician malpractice, the pharmaceutical industry/physician relationship, and health care financing reform. He is also the co-author of Don’t Swallow Your Gum: Myths, Half-Truths, and Outright Lies About Your Body and Health, Don’t Cross Your Eyes…They’ll Get Stuck That Way!: And 75 Other Health Myths Debunked, and Don’t Put That in There!: And 69 Other Sex Myths Debunked, all published by St.Martin’s Press. More recently, he wrote The Bad Food Bible, How and Why to Eat Sinfully, published by Houghton Mifflin Harcourt. In addition to being a regular contributor to The Upshot at The New York Times, he has written for CNN.com, Bloomberg News, the JAMA Forum, and The Wall Street Journal. He has appeared on Good Morning America, the CBS Evening News, ABC News Now, and The Colbert Report. He’s a regular guest (usually on Monday at 9:30 AM) on Stand Up! with Pete Dominick, which airs on Sirius/XM radio.

He also has a popular YouTube channel called Healthcare Triage, where he talks about health research and health policy. Go check it out!

(The views in Aaron’s posts represent his views only.  They do not represent  the views of Indiana University, any funding agencies or foundations,  any organizations, or especially any of his friends or family.)

Speaking of which, in the interest of full disclosure, I do give talks to various groups across the country about health care policy, health care reform, information technology, and medical myths. If I am ever writing a post about a product or issue that directly involves one of these groups, I will say so in that post. I declare all potential conflicts of interest to Indiana University. I also declare any that fall under ICJME guidelines to journals.