Fully developed posts on syringe exchange programs (SEPs) are here and here. A couple more are forthcoming. Here are the notes I took as I read the literature in this area. This is Part II. Part I is here. Part III is here. 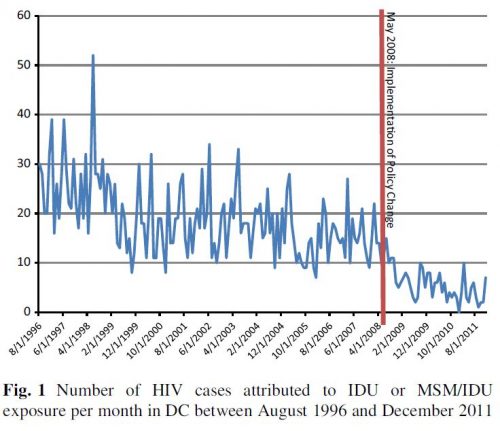 (4) An opportunity lost: HIV infections associated with lack of a national needle-exchange programme in the USA, by Peter Lurie and Ernest Drucker (Lancet, 1997; See Part I, item (1))