Congress and Science: Theater of the Absurd or a Glimpse of a Better World? 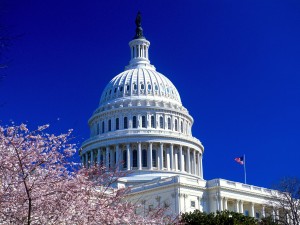 In the early days of the HIV epidemic, I was invited by the US House of Representatives Select Committee on Children, Youth, and Families* to give expert testimony on AIDS risks to adolescents. I was young and thrilled that I might have something to contribute on a critical topic.

But the event was a parody of a truth-finding inquiry. I had been invited by the Democrats, then in the majority, and served as the first witness. I read a statement about the epidemiology of HIV infection among adolescents and about behavioral factors that would put teens at risk. Frank Wolf (R-VA) interrupted and asked me how many children I had. “Two”, I answered, nonplussed. He then told a lengthy story about how he was raising his children to be sexually abstinent. A Democrat from California took exception — I kid you not — to my suggestion that health education classes should stress to teens how alcohol can impair sexual decision making. This Representative’s district included the Napa Valley; he was literally a chardonnay Democrat. The Republican witness who followed me argued that condoms were deadly health risks for adolescents. Pat Schroeder (D-CO) was drinking water, laughed, and nearly choked. She proceeded to mock the witness with a series of contemptuous questions. I left thinking that if this is how the Congress collects scientific evidence, there wasn’t much hope for the Republic.

Based on our rough calculations, less than $1 out of every $100 of government spending is backed by even the most basic evidence that the money is being spent wisely.

So why is it hard to get evidence-based social policy? It’s not that people don’t try to bring science to the legislature’s attention (although here too, we can do better). On any contentious issue, there will be white papers and credentialed experts on both sides. However, for many reasons the legislative process fails to work through those data so as to arrive at an evidence-based result.

This seems hopeless. But a new book by Ron Haskins expresses cautious optimism that we can do better. Haskins — a Republican who was a domestic policy advisor in the G. W. Bush administration — has been impressed by the Obama administration’s attempts to change the process so as to generate more evidence-based policies.

The book presents case studies on six programs (e.g., a bill to fund teenage pregnancy prevention). The cases demonstrate how challenging it is to make policy empirically-driven. At the end, we have a picture of how legislation and policy can become more empirically-informed.

These ideas may seem commonsensical, but Haskins’ case histories demonstrate how hard it is to pass policy legislation involving these features. Getting legislation passed requires strong advocates, but most advocates already know what works, thank you very much!

Moreover, getting the legislation passed is only step one. Evidence-based policy will only have succeeded if the government can both carry out the planned evaluation studies and act on the feedback from those evaluations. Experience suggests that many — most? — of those evaluations will show that the social program has failed. Will program administrators and legislators have the courage and political power to modify or cancel those programs?

*The Select Committee no longer exists. This says something about the importance of children in US government policy.