What the heck are we supposed to be eating?

A week or two ago, my oldest child had an assignment where he had to design meals according to the new MyPlate guidelines. I was struck, because when I was a kid, this was the food pyramid:

Remember that? But look at it! 6-11 servings of carbs a day? More carbs than fruits and vegetables combined! Of course, milk gets a mandatory three servings a day. Bow to the power of the milk-industrial complex. But I looked into it, and this wasn’t the first big push. Back during World War II, there were the Basic 7: 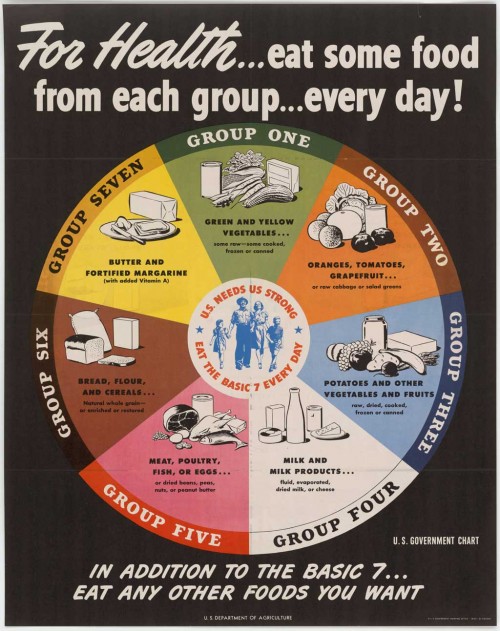 I mean, wow. Butter and margarine were a food group? And milk, of course.

All of this was then replaced with the MyPyramid a couple of years ago: 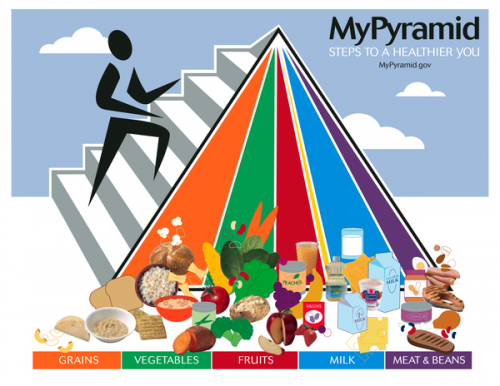 Carbs were reduced significantly, and fruits and vegetables increased. But still, look how much milk you were supposed to get! Why, again?

That didn’t last long. Now we’re on to MyPlate: 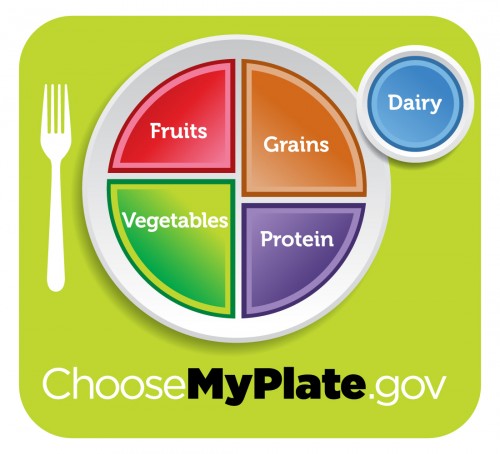 So now half of what we eat is supposed to be fruits and vegetables. Proteins and grains (half of them whole grains) take up the rest. And, of course milk.

Soon, I want to spend some real time delving into this. There’s a fascinating history, I’m sure, as to the politics of how this gets decided. But it’s stunning to see the differences in just the last few decades. The 1990’s were not some dark ages of ignorance, and, still, we thought like half our diet should be milk and carbs. Today, most would consider that crazy.

I wonder what we’ll consider crazy 20 years from now?