What should we do about hepatitis C?

The new hepatitis C medications present a dilemma for Medicaid and other insurers, who must balance the cost against the huge number of people who could benefit from the treatment. A course of treatment costs between $84,000 and $168,000 — or $1,000 to $2,000 per pill.

More people now die of hepatitis C than HIV/AIDS, according to the U.S. Centers for Disease Control and Prevention (CDC).The infectious disease can lead to scarring of the liver, cirrhosis, liver cancer, liver failure and death. For some sufferers, the only option for survival is a liver transplant. […]

“I don’t recall any other situation in which we’ve had very effective, very expensive drugs come out for an important condition with such a large patient population potentially eligible for treatment,” said Steven Pearson, president of the Institute for Clinical & Economic Review. ICER is convening the California Technology Assessment Forum of scholars, policymakers and insurers later this month in San Francisco to consider the clinical and policy ramifications of the new hepatitis C drugs. […]

ICER’s preliminary study estimates that in California alone, treating just half of all those with chronic hepatitis C with the new medications would cost an additional $18 billion this year, compared to what is being spent now. Because the prevalence of hepatitis C is about two times higher among Medicaid beneficiaries than the general population, a disproportionate share of the financial burden of these drugs could fall on the states and the federal government, which jointly finance Medicaid.

This is a big deal. As Aaron blogged in 2012, more people die of hepatitis C than HIV. Drugs to help them exist. But they are very expensive. What should we do about that? 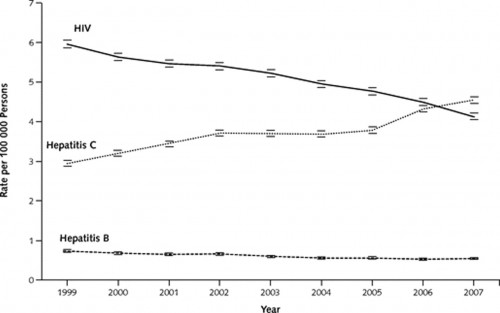 The California Technology Assessment Forum (CTAF) is meeting to discuss hep C treatments on March 10. More on that here. CTAF is the California analog to the New England Comparative Effectiveness Public Advisory Council (CEPAC), of which I am a member. Both are run by ICER. Finally, More about the new hep C drugs in this Kaiser Health News article by Julie Appleby.