There are too many myths about IUDs. Let’s dispel some. 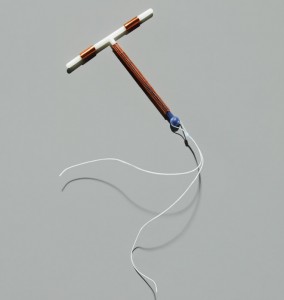 On Monday, I wrote about the science behind our knowledge of how IUDs work over at the NYT. Yesterday, our book on sex myths was released (you have bought a copy, right?).

So today, in a mashup of these things, I’ve gotten permission to reprint the chapter on IUDs here. Enjoy:

If you have ever considered your options for avoiding pregnancy, you may have heard some scary things about certain methods. For instance, there are many myths about intrauterine devices or IUDs. That’s partly because you don’t hear about IUDs in books, movies, television, and other media the way that you hear about condoms or the pill.

But IUDs are not uncommon. About 170 million women use them worldwide, making them the most common form of reversible contraception. They are the birth control of choice for more than 15 percent of all women who are married or living with a partner. They are also extremely effective. They have a failure rate of about 1 per 100 users in the first year and 3 per 100 users after five years. This makes them about the least likely to fail of almost any methods of contraception.

There are a number of different kinds of IUDs. Some are completely inert, and are just a foreign body in the uterus. Others contain copper, which has local effects in the cervical region. Some also contain progestogen, and release it slowly over time. All of them, though, work to decrease sperm motility and ability to survive long enough to make it to an unfertilized egg.

What they don’t do is cause abortions. Some people believe that all an IUD does is cause a fertilized egg to die. That’s not the case. A study published in 1985 monitored daily blood samples in women over a fifteen-month period to see if they ever showed any signs of pregnancy. Three groups of women were followed: 1) women with IUDs, 2) women trying to get pregnant, and 3) women who had their tubes tied. The only women who ever showed the hormonal surge consistent with fertilization were in the group trying to get pregnant. Another study published in the same year used an even more sensitive laboratory test to look for a hormonal surge consistent in pregnancy. It found that in only 1 percent of 100 cycles in IUD users did fertilization occur.

Pregnancies do occur in IUD users, as they are not perfect in use in real life. The evidence is overwhelming, however, that they work by preventing fertilization, not by killing a fertilized egg.

IUDs cause infections in your uterus.

This is a modern myth that gained a lot of traction because it used to be true. There is a long and rich history of studies showing that the insertion of an IUD is associated with a significantly increased risk of a pelvic infection. IUD might have stood for Infectious Uterine Device! Almost all such research showed a really high rate of infection in the month following the placement of the device, and then a decrease in its incidence over time. This concern culminated in the United States with the furor over the Dalkon Shield. These IUDs had a tail made up of filaments encased in plastic that aided in its removal. Unfortunately, this plastic was found to crack over time inside the woman’s vagina or uterus, exposing the filaments to the rest of the world. Bacteria could colonize in these filaments, which then climbed up into the pelvic area, causing an infection.

When it comes to new IUDs, we don’t have the same worries. More modern devices and studies in more recent years do not appear to show these same rates of infection. They are sometimes higher than we’d like to see, but not nearly as high as in the past. But even those slight differences have been called into question. This is partly a fault with how the studies themselves are designed and conducted. Many of the studies were conducted in other countries in ways which make them difficult to generalize to the United States.

But a larger concern is what the IUD is being compared to. You see, other contraceptives, like condoms or ointments, can actively work to reduce the rates of pelvic infections. So when you compare the IUD, which does not prevent infection, to them the IUD looks much worse. But this doesn’t mean that the IUD is causing infection. It’s just that IUDs don’t prevent them. A better-designed study would compare the IUD to no contraception at all.

When all of this is put together, it appears that the rates of infection in IUD users today don’t seem to be much different from those of sexually active women who don’t use them. In other words, they don’t cause infections.

You are not going to be able to have children if you use an IUD.

Almost no debate about the use of IUDs is as heated as this one. It stems from two papers that appeared in The New England Journal of Medicine in the mid-1980s. Both of them concerned women who had never been pregnant before. The first found that compared to women who had never used an IUD, a woman who had ever used one had a 260 percent chance of developing primary tubal infertility. The second study found similar results, especially for the Dalkon Shield, which increased the risk 330 percent over never having used an IUD. However, even in those studies, women who had used the IUD with only a single partner saw no increased risk or infertility.

Immediately, IUD use massively decreased in young women who had never been pregnant. But research that followed began to contradict the earlier findings. A study out of Norway in 1988 showed that 100 percent of the women in the study were able to get pregnant within thirty-nine months of stopping IUD use. Some people theorized that perhaps women who had their IUDs removed because of complications would be more likely to develop infertility. The Norway study did not include such women. So a study out of New Zealand, following up data on more than 1,050 women who had used and then had IUDs removed for any reason, looked at this question. They found that there were no significant reductions in fertility for women who had complications than in those who didn’t.

These days, the overwhelming evidence shows that the risk of significant pelvic infection from having multiple partners is the true cause of increased rates of infertility. Monogamous women who use IUDs have no real risk for infertility. This was made explicit in a 2001 study in Mexico, that proved that it is pelvic infections, and not IUD use, that is associated with infertility. If you want to stay fertile, don’t worry about IUDs; worry about infection from having multiple sexual partners.

IUDs cause significant bleeding or pain.

One of the reasons women cite for not wanting to use IUDs are a concern that they cause significant bleeding or pain. One study showed that about one in five women who use copper IUDs report heavy bleeding for the first three months, but that seems to go away over time. Another larger study found that menstrual flow increased in about 30 percent of copper IUD users, but that hemoglobin level stabilized before a year of use.

So women who use IUDs use them for a relatively long time. If these bleeding concerns were really so overwhelming, it’s likely that more women would abandon the IUD as a method of birth control. That doesn’t happen.

Parts of this post were extracted from Don’t Put That in There! And 69 Other Health Myths Debunked by Aaron Carroll and Rachel Vreeman copyright © 2014 by the author and reprinted with permission from St. Martin’s Griffin, an imprint of St. Martin’s Press, LLC.