The cost of resistance to the ACA in Mississippi

This post is co-authored by Bill Gardner and Austin Frakt. 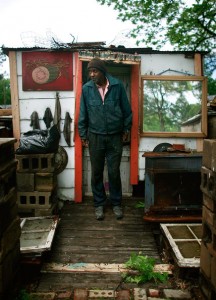 There are many social and cultural factors that contribute to Mississippi’s catastrophic public health. One factor is a pervasive lack of health insurance.

Small businesses dominate [Mississippi’s] economy. [They] typically don’t offer health insurance, and Mississippi’s public health program for the poor is one of the most restrictive in the nation. Able-bodied adults without dependent children can’t sign up for Medicaid in Mississippi, no matter how little they earn, and only parents who earn less than 23 percent of the federal poverty level—some $384 a month for a family of three—can enroll. As a result, one in four adult Mississippians goes without health coverage. For African-Americans, the numbers are even worse: One in three adults is uninsured.

As passed, the ACA required states to extend Medicaid eligibility to 138% of the Federal Poverty Line and provided substantial federal funds in support. But the Supreme Court made that extension optional and Mississippi opted out.

Refusing Medicaid had serious effects on access to health care in rural Mississippi. It isn’t just that poor residents couldn’t get care because there were uninsured. They also had fewer places to go when local clinics had to close.

The Medicaid gap hit hospitals hard, too. Without the cash infusion that a Medicaid expansion would have brought, Mississippi hospitals are being strained to a near breaking point, with a number of them shuttering entire departments and laying off staff. Poor people often flocked to the emergency room at Montfort Jones Memorial Hospital in Kosciusko, for instance… Earlier this year, the hospital shut down its intensive care unit and laid off 38 employees. Next, the psychiatric unit for seniors closed. One in five people who come to the hospital can’t pay their medical bills, and Montfort Jones had relied on supplemental Medicaid payments to defray the costs. But under the health law, federal aid for uncompensated care trails off. Without those payments, and with no softening in the demand for uncompensated care, Montfort Jones had been losing up to $3 million a year, and couldn’t meet payroll…

[A Kosciusko physician] led me down a darkened hallway [in the Montfort Hospital Emergency Department] and pushed open the doors to the ICU. It looked as though the nurses, doctors and janitors had just gotten up and left. Scanning the bay of ghostly patient rooms, Alford said mordantly, “This is a state-of-the-art ICU.” Now, patients with pneumonia, blood clots or infections are sent 70 miles away to Jackson.

If you are unfamiliar with rural poverty, be aware that not everyone has a car, public transportation is not always available, and ambulances are unaffordable if you are uninsured. If you are concerned about health care efficiency, think about making the capital investment required to build an ICU and then just letting it depreciate unused.

So how should we think about the ACA in the light of Mississippi? First, let’s acknowledge that many people’s views about the ACA reflect their philosophical commitments. For Michael Cannon, who may have influenced Mississippi’s decision making, freedom itself was at stake. Progressives disagreed: Bill argued that the ACA expands human freedom. Progressives also emphasized the importance of equal access to health care.

However, conservatives and progressives also disagreed on the likely outcomes of the ACA for the health system. The data are now coming in and they pose important questions for each side.

For conservatives: Many opponents believed both that the implementation of the ACA would fail and that it would result in worse rather than better health care. But after a rough start, the ACA is largely meeting its implementation goals. It is significantly reducing the number of the uninsured. And whereas health outcomes are improving in Massachusetts, the first adopter of ACA-like reform, Varney’s article suggests that in Mississippi the health care system is showing signs of collapse. It’s hard to look at Mississippi and conclude conservatives were right, for the ACA was hardly given a chance in that state, as Varney details.

Yet, Mississippi, though it’d be better off in many respects, would probably never be like Massachusetts if it fully embraced the ACA. Massachusetts started with a strong economy, a well-educated citizenry, and first world rather than developing world population health. As Varney shows, part of what has happened to Mississippi is likely the result of specific policy choices by elected officials. But a lot of it was baked into a terrible history.

Nevertheless, Governor Kasich’s question is, we believe, on point:

“The opposition to [Obamacare] was really either political or ideological,” Ohio Gov. John Kasich (R) told the Associated Press earlier this month. “I don’t think that holds water against real flesh and blood, and real improvements in people’s lives.”

Principles matter, but how do you weigh principles that dictate opposition to access to basic health insurance against the costs borne by Mississippi’s rural poor?

For progressives: The Supreme Court’s ruling increased the powers to the states decide their own health policies. Progressives must ask: How important is it that Medicaid expansion proceed in Mississippi according to the standards in the ACA? Would you be willing to grant greater flexibility for Mississippi (and other Red states) to expand the program with features you don’t like? Granting flexibility looks like complicity in allowing unequal standards of health and health care, depending on the accident of where they live. But look at the vast differences between Mississippi and Massachusetts now. They are vast. For worse or (in our view) for better, we have a federal system. What’s happening in Mississippi reflects the (fully legal) choices politicians have made at all levels. If refusing to compromise leads to a political blockage of reform, we end up with outcomes like Mississippi’s. Is the fight for equal standards worth that cost?

Mississippi should prompt both conservatives and progressives to assess the cost of their principles. How much are they worth in “flesh and blood, and real improvements in people’s lives”?