The ACA and Republican Liberty

I recently argued that there are two kinds of freedom, positive and negative. Negative freedom is about the absence of constraints, impediments, or interference. Positive freedom is the power or capacity to do as one chooses, the space of possible human functioning afforded by our capabilities. The ACA infringes on negative freedom. For example, the law requires that you buy insurance. But it expands positive freedom. For example, you can now get insurance despite having a pre-existing condition. Here, I want to say more about why I am not greatly concerned by the ACA’s infringement on negative liberty.

So why do I tolerate the infringement of the ACA on negative liberty? One reason is that the predictions that the ACA will lead to tyranny are wild exaggerations. Aaron Carroll and Krugman point out that Ronald Reagan campaigned against Medicare, predicting that it would be the end of freedom.

If you don’t [write letters against Medicare], this program I promise you, will pass just as surely as the sun will come up tomorrow and behind it will come other federal programs that will invade every area of freedom as we have known it in this country… we are going to spend our sunset years telling our children and our children’s children, what it once was like in America when men were free.

Fifty years of Medicare later, America still has a robust culture of freedom. And there is a far more extensive system of universal healthcare in Canada, so Canada should also be really fascist, no? But the Heritage Foundation ranks Canada 6th overall on its index of freedom. They rank the US 12th.

So how is it that despite Medicare and the ACA, America remains a free country? Let’s look again at the meaning of freedom.

Freedom is not just about how much laws constrain you. Imagine two men, Phil and Bill. Phil is a slave within a kind and lenient master. Phil travels freely and pursues a life of scholarship. This sounds absurd, but it’s more or less the life of Marcus Tullius Tiro, slave to Cicero. Bill is a free citizen of a republic. He has no master, but the Republic compels him to pay taxes, serve on juries, drive on the right hand side of the road, and conscripts him to military service. 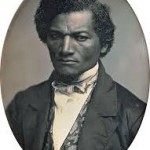 Phil suffers little interference, but Bill is interfered with all the time, so on the theory that liberty is just non-interference, Phil is freer than Bill. But no one thinks this. Even though the slave owner does not exercise it, Phil is subject to his will, whereas Bill is a freeman. As Frederick Douglass said, “it was slavery—not its mere incidents—that I hated.” 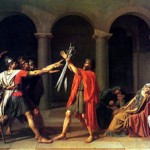 What does this tell us about the meaning of freedom? Even though the republic interferes with Bill all the time, it does not dominate him. The republic is not a slave master. Instead,  the interference of the republic conforms to laws that are known to the people, that track their well-being, that were written through democratic processes in which every citizen has a voice, and that can be rewritten in the same way. In summary, Bill has republican liberty, meaning not the GOP, but rather the liberty of the ancient republics that inspired the Founding Fathers.

This is the most important reason why Medicare and the ACA did not end freedom: they were laws written by Congress and sustained by courts and subsequent elections. That is, they were the action of the people themselves, as best we can manage. Klein could strongly counter here by pointing out that in the US, the ideal of republican liberty is compromised by the very strong and anti-democratic roles that interest groups play in the writing of American law—and I’d agree. Still, on balance the ACA isn’t the meddling of the nanny state. It’s our freely chosen collective arrangement to care for more of our citizens. It’s something that we did, for ourselves.