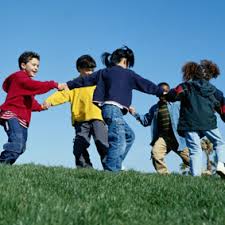 The use of psychiatric medications with young children has increased greatly in the US over the last 25 years, including 0.3% of US children under 6 (perhaps 100,000 kids) who take stimulants such as Ritalin. These children are given these drugs because they have or are thought to be at risk for attention/deficit hyperactivity disorder (ADHD). They get this diagnosis largely because they are aggressive or unruly, or at least are not being successfully managed by their parents or caregivers.

Is it a good idea to give these drugs to preschoolers? There are reasons to think not. The drugs are expensive. More importantly, we should not expose developing brains and bodies to powerful medications without a very good reason. So it’s important to ask whether these drugs benefit such young children.

In Pediatrics, Alice Charach and her colleagues review current evidence on ways to help preschoolers judged to be at risk for ADHD. The two primary treatments are programs that train parents in how to manage difficult kids and stimulant medications. Charach et al. searched the literature and found 55 empirical studies of ADHD treatments for preschoolers. But after applying rigorous criteria they found only eight ‘good’ quality studies that looked at parent behavior training. These studies consistently showed that parent behavior training leads to a moderate improvement in child behavior for many children.

Charach et al. found only five ‘fair’ and one ‘good’ quality studies of methylphenidate (Ritalin). These studies reported a mix of benefits and harms for children.

In the one ‘good’ study of Ritalin, whether children benefited depended on whom you asked.

methylphenidate resulted in a small positive effect for teacher- but not parent-rated ADHD symptoms and social competence, no improvement in parental stress, and moderate worsening of parent-rated child mood. In contrast, clinicians rated children as improved with moderate to large effect size.

So, I don’t think that treating preschoolers with stimulants is a good idea. There is no strong evidence that stimulants help very young kids, whereas there is good evidence that parent behavior training can help.

The Charach literature review is another example of what Aaron calls “comparative effectiveness goodness.” But the not-so-good thing about this example is that after Charach purged out the weak studies, the eight remaining strong studies on parent behavior training included only 424 children. And the single strong study on Ritalin involved only 124 kids! This is a shallow evidence base for treatment decisions that affect tens of thousands of children. This will sound trite, but we need both more research and higher standards for research in this area.