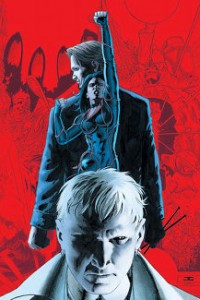 First of all, there’s Planetary. This is another of those “slow-time” reads, because although there were only 27 issues, they were published from September 1998 through October 2009. To be a true comics fan, you need to learn patience.

Planetary is phenenomal because it’s a superhero comic that’s about superhero comics. Each issue was written in a different comic genre, and each cover was a masterpiece. The issue where Ellis reinterpreted the myths of Superman, Green Lantern, and Wonder Woman – managing to illustrate the power of those original stories while also showing what might have been in a darker world – is as close to perfect as it gets. Plus, the villains were a totally evil and corrupt retelling of the Fantastic Four. Awesome. I miss it terribly. 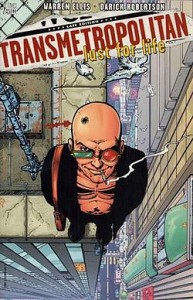 Then there’s Transmetropolitan. Although that 60-issue series ended in 2002, it was surprisingly prescient in its depiction of American politics. Unfortulately, it’s one of those comics that scares away too many people in its weirdness. But if you give it a chance, it’s some of the best commentary you’ll see on the media, culture, and government in almost any form.

One of the things that always surprises me about the series is that people who don’t get comics see it as some sort of dystopian future. That couldn’t be further from the truth. In fact, even though it gets dark at times, I think it does just the opposite. It’s surprisingly uplifting overall. It’s truly phenomenal. In fact, writing this has made me want to go back and reread the series again. 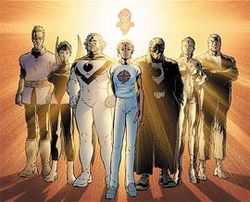 I loved his work on Stormwatch. And then he went and turned it up to 11 as he transitioned them into The Authority. There was even a four-issue story where he had them kill God. It’s as crazy as it sounds.

Freak Angels revolutionized webcomics. You can still go read the entire series, online, for free. His one-offs are some of my favorites. He has a love of technology, science, and history that is detailed enough to make me feel like I’m learning. He has an ability to create characters that you feel connected to. That’s rather hard to do in comic book format, especially when you’re working with characters that don’t have decades of history (think Batman, Superman, etc.).

Plus, he employs strong female characters that aren’t always half naked and ridiculously proportioned.

He also was kind enough to answer an email I sent him back when I feared Planetary might never end. As I said before, taking the time to personally touch base with a fan gets you an enourmous amount of cred with me.

If you want to see what comic books can be when they’re written by a true talent for an adult audience, you should give him a try.