Misdiagnosing is easier than you think

A Wolters Kluwer poll out this morning finds that not only are most consumers turning to the Internet to answer medical questions, but that they also put strong faith in their own diagnosis. Among college educated Americans, 63 percent say they have “never” misdiagnosed themselves. Add in those who have say they’ve “rarely” made a wrong call and the number jumps up to 84 percent.

As much as I complain about physicians, they are often necessary. Good ones, even more so. And in support of this, I will provide a personal and completely humiliating anecdote.

In the summer of 2006, my daughter (and third child) was born. Just two weeks later, my 2 1/2 year old son jumped off this in the backyard: 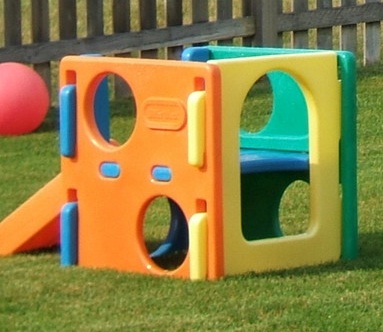 It’s just a tiny bit off the ground! But my wife, who was extremely sleep-deprived, claimed that my son had hurt himself. Rolling my eyes, I went outside to check him out. He was limping a little, but was otherwise getting along fine. I asked him if he was hurt, and he said no. Case closed.

Later that night, my wife nagged me about it again. I had already diagnosed him as fine, but as we had a two week old in the house, I wanted to be accomodating. I took  his leg and really moved it around. He laughed. I couldn’t reproduce pain. I said he was fine.

Of course, he was still limping the next day. And the day after that. And my wife wouldn’t leave it alone. She said he had to go to the doctor.

Now a sane man would have just agreed and taken him in. But I was also sleep deprived. Moreover, I had already diagnosed him. So I was done. I told her she could take him in if she wanted.

Hours later, my wife called to tell me they had sent Noah off for x-rays. I could hear my daughter wailing in the background. I could hear my oldest nagging her. And then I made one of the stupidest decisions of my life. I started to lecture her.

I’m sure you can predict what came next: 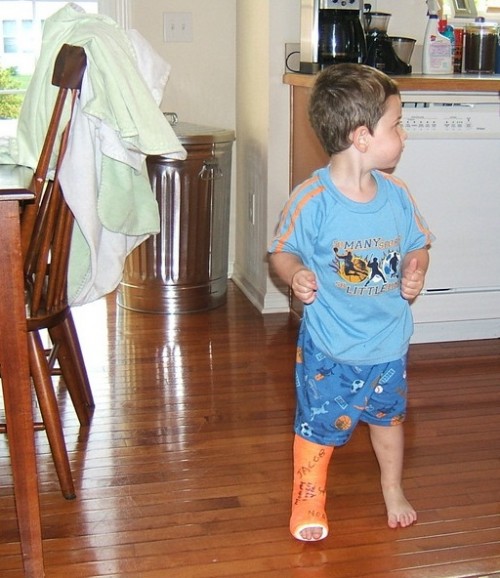 In my defense, it was a small fracture, and I bet he would have been fine without the cast. But, as you can imagine, I am no longer allowed to make diagnoses in the house. If the kids appear sick, they’re going to the doctor. I’ll never say anything about that again.

The lesson you should take home from this is that we are likely terrible at diagnosing those close to us, especially ourselves. There are physicians for a reason. If you’re concerned about your health you should at least call one, if not go see one.