If we are going to look at physicians and practices, we also need to look at patients.  As the consumers of the health care system (and ultimately the funders) they should have some say in the matter.

For this series, I will be drawing data from The Commonwealth Fund.  Specifically, I will be referencing their 2007 International Health Policy Survey in Seven Countries:

Basically, this is similar to their survey of physicians and practices that I discussed yesterday, but this time they surveyed random people, who could represent patients in the health care systems.

Let’s begin with some measures of patient satisfaction with their physicians’ practices.  The first involves whether patients feel like their physicians know their medical histories: 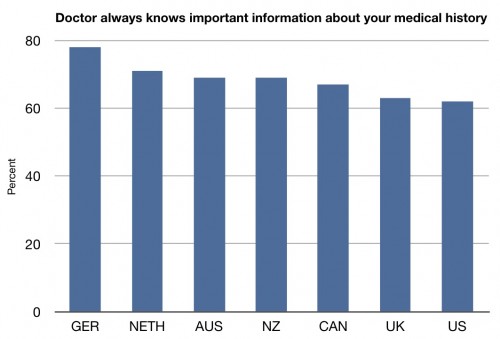 This may seem like a small thing, but as anyone who has ever been to the doctor knows, it’s frustrating when they don’t know who you are and what your needs might be.  And fewer people report having that kind of relationship with their doctor in the US than any of the other measured countries.

Another measure is whether the doctor spends enough time with you: 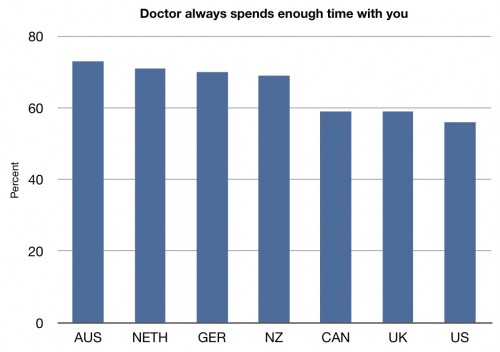 Again, this is subjective, but meaningful.  People definitely see this as a measure of quality.  We’re paying enough, and we get to see the doctor less than in other countries.  You would hope that we get to spend enough time per visit, but that’s just not the case.

Another measure of system quality that patients report is how often errors occur.  Let’s look at what percentage of patients in each of these countries report a medical, medication, or laboratory error: 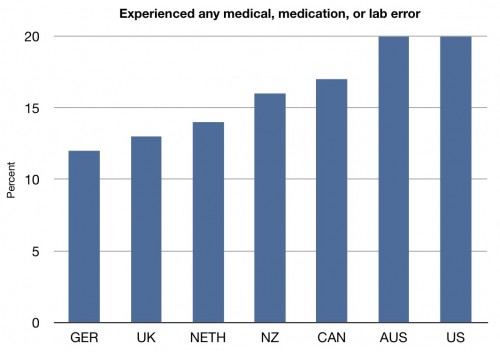 Tied for last.  Remember, these are individual patients reports, so it’s hard to spin these away as biased or unfair in some way.

Let’s move onto more direct measures of quality.  How do patients in each country rate the quality of care they receive from their doctors? 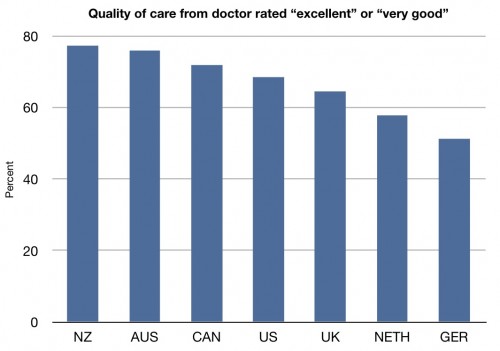 I suppose middle of the road is an improvement over what we have seen so far.  Again, though, this is consistent with other things we’ve seen.  The problem isn’t necessarily that our physicians are of lesser quality.  It’s that the system might be.  Good thing they asked the same patients about what kind of changes they thought the system might need: 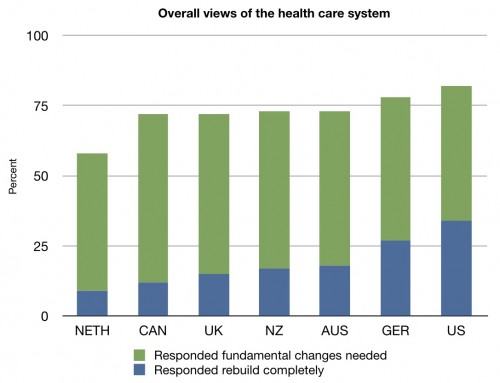 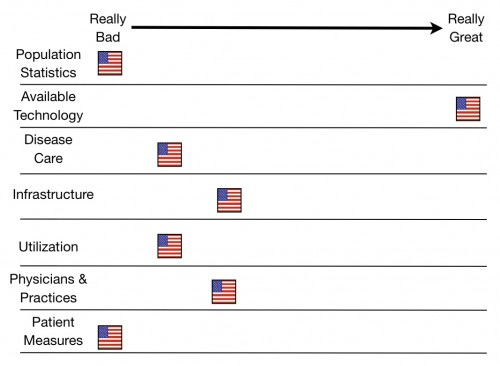