Healthy behavior matters. So are we responsible if we get sick?

I have been warned my whole life that I shouldn’t smoke. The evidence that smoking affects health is overwhelming. Suppose I understand all this, but I smoke anyway. And then I get lung cancer. Am I responsible for what happened to me, given that I was aware of the consequences yet behaved recklessly anyway?

Whether we are responsible for our health affects how we think about health policy. The ACA subsidizes insurance, and thus the cost of health care, for millions of Americans. Many people feel that it is right to care for those who are ill through no fault of own, but they do not understand why they should be responsible when someone becomes sick through reckless behaviour or self-indulgence. Our intuition is that such people are (to some degree) morally responsible for their fate. 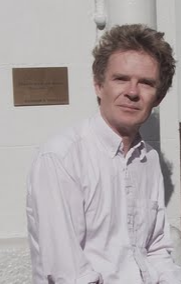 And yet there are powerful arguments that humans cannot be morally responsible for their actions. In a classic article in moral philosophy, Galen Strawson offers

From which it follows,

The evident consequence of the Basic Argument is that there is a fundamental sense in which no punishment or reward is ever ultimately just. It is exactly as just to punish or reward people for their actions as it is to punish or reward them for the (natural) colour of their hair.

If you are like me, you have great trouble believing this. I can’t believe this and (easily) do ordinary things like raising children to respect other’s rights, serving on a jury that judges my fellow citizens, or working out with my wife who should have done the dishes last night. If you seriously doubt there is such a thing as moral responsibility, it’s not easy to think about anything else.

But moral philosophers are under no obligation to be edifying. Let’s go through the argument again.

First, it is important that Strawson is not saying that there is no right or wrong. Nor does he assume that holding people responsible for their behavior will have no effect. There is overwhelming evidence that informing people (or animals generally) about the consequences of their behaviors may affect how they behave.

But for all of us sometimes, and some of us many times, we behave in ways that were foreseeably wrong or imprudent in light of the consequences. And let’s assume that there are no obvious excuses (we didn’t know about the risks, we were distracted, etc.).

Why do we do this? Meaning, what causes this? Let’s not evade moral language: when we behave recklessly, it reveals a problem in our character. When we made that choice, there was something about who we were, in a morally relevant sense, such that we did not make the choice that we should have.

Strawson does not deny this. But he will point out that some people have been able to act so as to change their moral characters while others have not. What caused that? Clearly, it was some property of character (your ‘meta-character’, if you like). And when you were improving your character (or not), you did that work because of your genes or your experience (prior to that point).

You can see that Strawson can apply this argument recursively, tying your past actions back to prior states of character and hence to genes or yet earlier experience, all the way back to infancy. There you must concede that infants are not responsible for their actions. Or you need to construct a theology of original sin. Good luck with that.

Or you need to argue that how we choose in a given moment is independent of who we are, that we are causa sui. That is, we ’cause ourselves’ in an undetermined way. Good luck with that too.

Now, consider a person who drinks to excess, makes no effort to reduce his drinking despite warnings, and now will die unless he gets a new liver. Livers are scarce, should we give them preferentially to people who were not drinkers? Let’s agree that overall welfare will be better giving the liver to a person who is not a drinker, so we are going to make that choice. Nevertheless, if you make that choice, and you are persuaded by Strawson that there is no such thing as moral responsibility, then you may be troubled by a decision that consigns the drinker to death for behavior for which he was not morally responsible.

Once this argument gets hold of you, it leaves you looking for a place to hide. It’s a consolation that many philosophers are unconvinced by Strawson. I haven’t resolved what I think about this.

I do think, however, that ‘moral hazard’ is real. That is, if you create insurance schemes that excessively shield people from the consequences of their behaviors, they will behave more recklessly, and we will all be worse off. But I am careful to put ‘moral’ in quotes when I think this way. I try to intend no moral condemnation toward those who harm themselves through reckless health behavior.

For a great podcast on the philosophy of moral responsibility and free will, see here. Here is Galen Strawson’s website. For lots of TIE writing on moral hazard, look here. Here is Aaron’s Healthcare Triage on the topic.