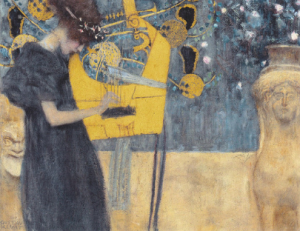 What: “An Evening in Vienna”

Tickets: Available online or at the door

More About the Concert: Beethoven’s most loved concert overture, his overture to Egmont starts this exciting program. This is followed by an early masterpiece of Schoenberg’s, his Chamber Symphony No. 1. Written before he developed his famed twelve-tone technique, this work grows out of Richard Strauss’ style and provides a fascinating bridge between the music of the late German Romantics (Mahler, Strauss, and even Brahms, in particular) and 20th century modernism. Indeed, Schoenberg is able to successfully channel the immensely diverse color palette of a Mahler symphony into a work for only 15 instrumentalists. A brief intermission will follow, and the evening will close with Mozart’s greatest symphonic masterpiece, his “Jupiter Symphony.”

About the Apollo Ensemble: Founded in the summer of 2018 by Elias Miller and Michael Tabak, the Apollo Ensemble of Boston is a new, 40-member chamber orchestra made up of some of the area’s best musicians. Apollo’s inaugural concert, a performance at the First Baptist Church of Medford in June, 2018 featured the music of Strauss, Wagner, and Stravinsky. Elias Miller conducted the well-attended and well-received event. In the future, the Apollo Ensemble looks forward to many more community concert performances in the Boston area featuring music written for both chamber orchestra and for large chamber ensemble.

(I am honored to join the ensemble on trumpet. If you attend the concert because of this post, please find me during intermission or afterwards and say hello.)