I’m going to be honest with you. This year I’m not sure we were feeling it. I can’t tell if that was because the State Fair just isn’t trying hard enough, or because my family has finally gone “Full Hoosier” and now this stuff doesn’t faze us. Regardless, into the breach we went.

Here’s my crew (sans Aimee, who still refuses to be documented). Noah is now 12, Jacob 14, and Sydney 10. This is just before we entered. 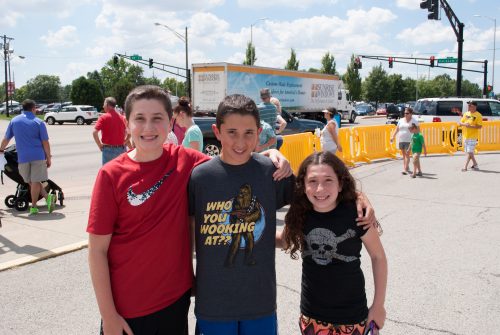 And this is just before we left. 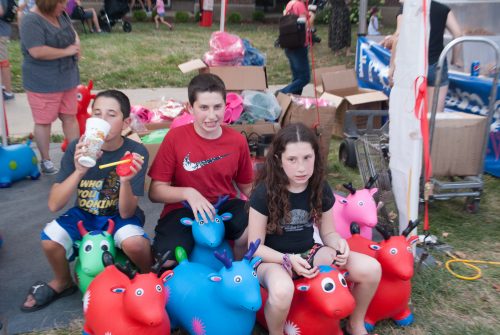 I think the State Fair won. Right after we cleared the gates, I saw a sign that childhood Aaron would never have believed would be part of his life: 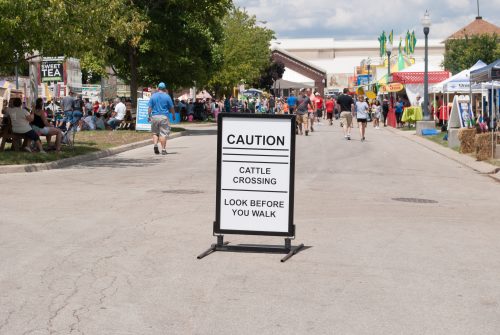 Needless to say, we looked both ways. Further down the road, we were greeted with this monster billboard: 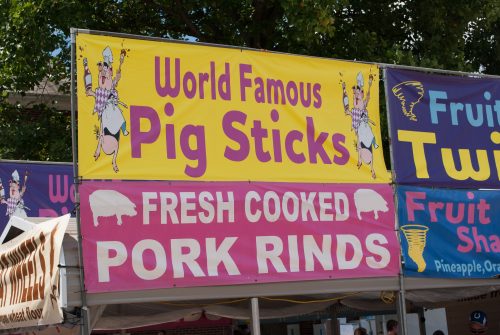 I mean, it’s like the State Fair isn’t even trying to be inventive. They’ve apparently run out of ways to serve pork, so now – screw it – just put the pig on a stick. They’re only “world famous” because no one else would think to serve something called “Pig Sticks”. Here’s another example: 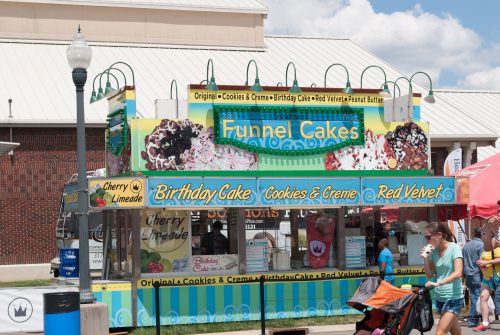 Funnel cakes are good. Putting toppings on them is also pretty good. But now, faced with the gluttonous arms race of the Indiana State Fair, the Funnel Cake people have lost it. They’re just throwing as much candy and crap on them as they can. You really need to see these things up close to get it. Another example: 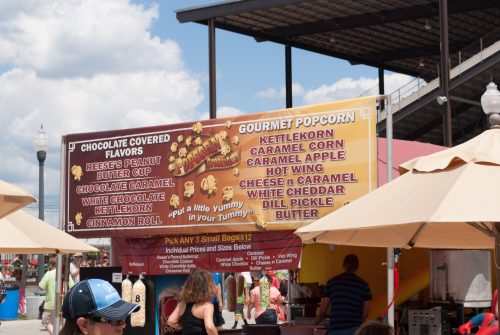 I mean, once you’re putting this much crap on your popcorn, it’s not really popcorn anymore, is it? It’s more popcorn flavored candy than candy-flavored popcorn.

Nonetheless, Noah demanded his usual burger. Once again – disappointment. He really wanted his “ice cream burger” but that was no more. These were the choices: 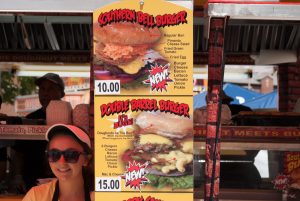 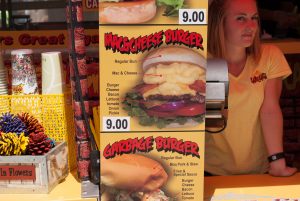 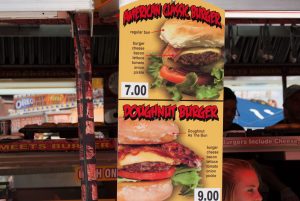 Let’s discuss. First up was the “Southern Bell Burger”, which just takes a usual bacon burger and adds a fried green tomato, a fried egg, and Pimento cheese spread. That’s just gross. Next up is the “Double Barrel Burger” which (needlessly tells you that it’s HUGE). It’s just a double cheeseburger with mac and cheese. If that’s too much, you can just get the “Mac & Cheese Burger” which is the double barrel with just one patty. Boring. Fourth is the “Garbage Burger” which features BBQ pork, fries, and special sauce. Fifth is the “American Classic” – no explanation necessary. And finally, the Doughnut burger. Also, look at the stink eye the purveyor is giving me in the second pic.

We settled on the doughnut burger. Gone in a flash, but come on – after so many years that’s like nothing to us.

Even perennial “Spaghetti Eddie’s” seemed to have given up. Here: 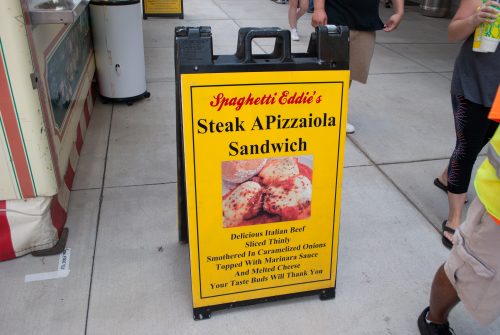 Not only that, but the fair seemed to be trying to brag about things that just weren’t true. Example: 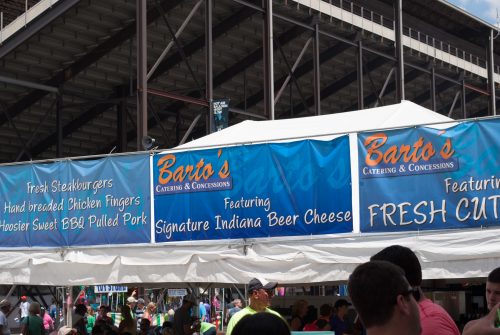 There is no such thing as “Signature” Beer Cheese. That’s ridiculous. 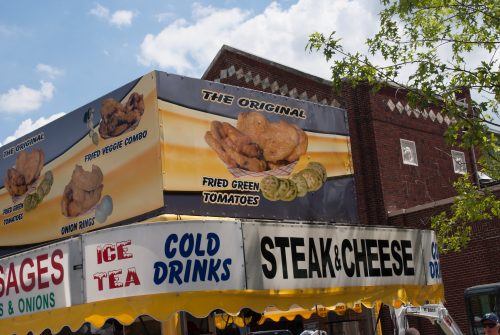 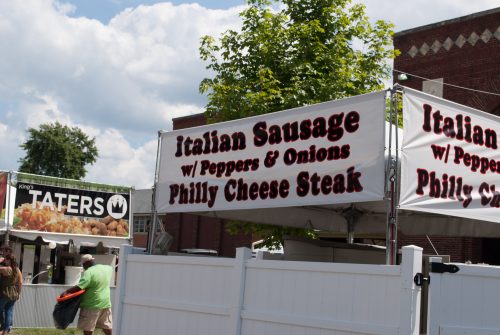 Nothing in the State Fair is a Philly Cheesesteak. DO NOT DISPUTE ME!

We became so disillusioned with the food that the kids actually begged to go do other fair stuff. Unheard of. They sat on tractors: 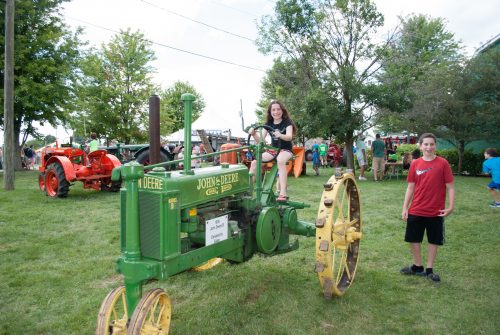 They posed for pics Aimee and I will later sigh over: 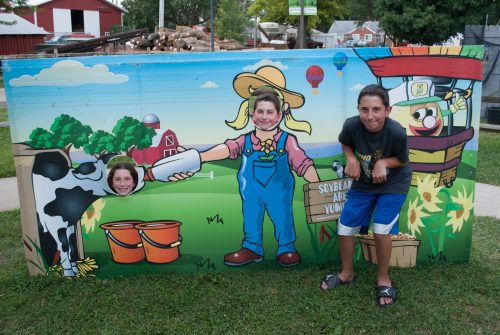 And Sydney had a very long conversation with a cow on the benefits and harms of artificial sweeteners: 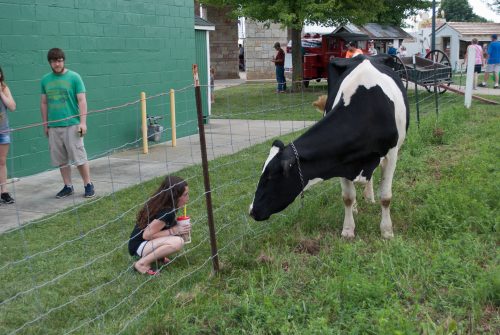 Nonetheless, there were a few good things on the way out. First, the “Mexican” cart had the usual display of “food” you could choose from. I post this because it’s literally the same food every year. I think they had it shellacked or something. Don’t take my word for it. Go look at prior posts! 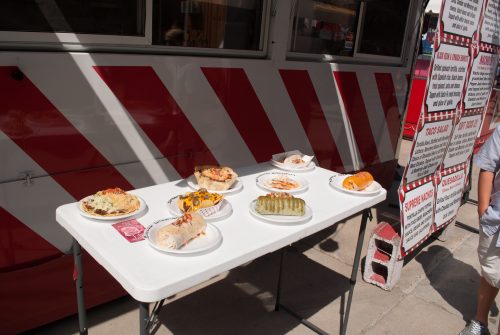 A “Funnel cake burger” could be inventive, but no one would buy one, so I couldn’t take a pic: 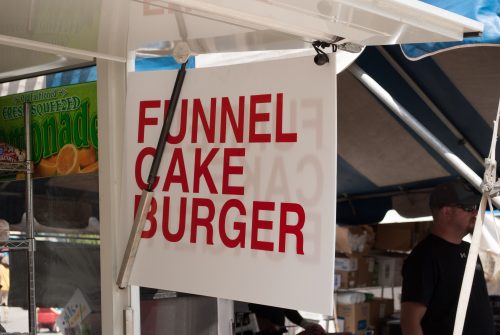 Politics at the State Fair! 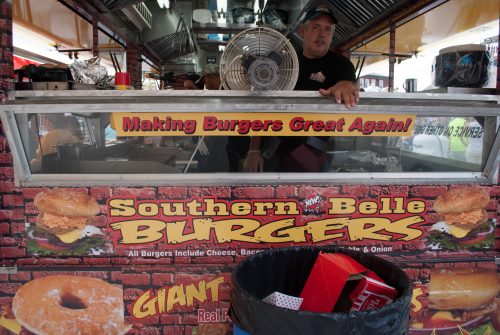 Although, as with America, I’d argue that burgers are already great.

Finally, as always, there was the deep fried candy kart. But even that has succumbed to the onslought of more “crap” on everything: 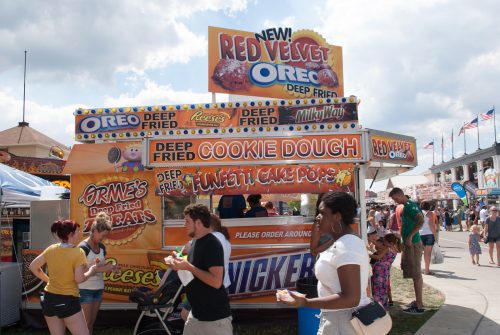 It’s almost enough to give you a seizure: 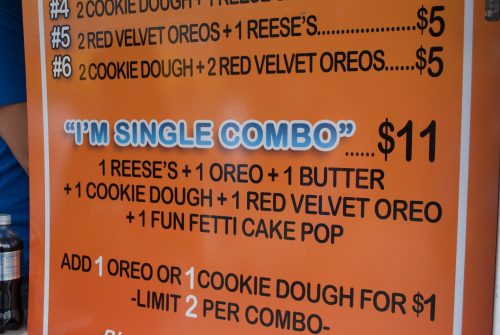 We went for the “I’m single combo” (points for funny), but they were out of the “Fun Fetti Cake Pop”. So they threw in a couple extra deep fried Oreos: 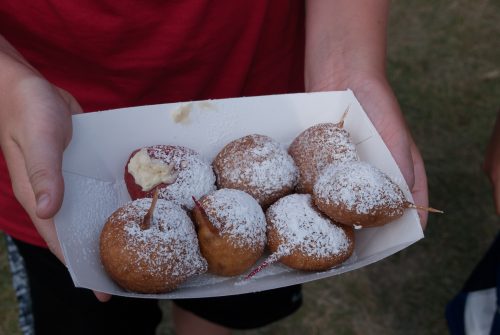 The problem here is that with the exception of the red velvet oreo, these all look the same. I thought I was biting into a deep fried cookie dough, but it turned out to be molten butter. It sprayed everywhere: 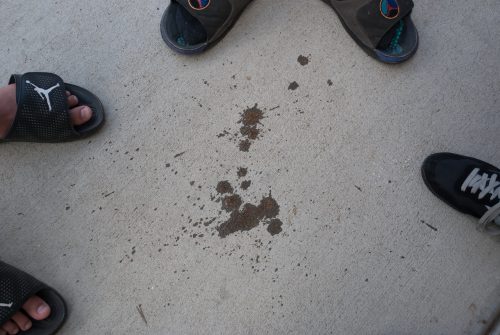 We couldn’t even finish it. I’d like to tell you at this point, we left with our pride intact. But that would be a lie. If you go up to the first food picture, you’ll notice that under the “Pig Sticks” they also sell “Fresh cooked pork rinds”. This… I couldn’t pass up.

It turned out that not only were they fresh cooked, they were also flavored. I got a bag of spicy for me, and a salt & vinegar for the kids. I ate them over the next week, and they were delicious.

DO NOT JUDGE ME!