Too little in much of the world, too much in the US

It’s like a parable for all healthcare. From JAMA, “Relationship Between Cesarean Delivery Rate and Maternal and Neonatal Mortality“:

Importance  Based on older analyses, the World Health Organization (WHO) recommends that cesarean delivery rates should not exceed 10 to 15 per 100 live births to optimize maternal and neonatal outcomes.

Objectives  To estimate the contemporary relationship between national levels of cesarean delivery and maternal and neonatal mortality. 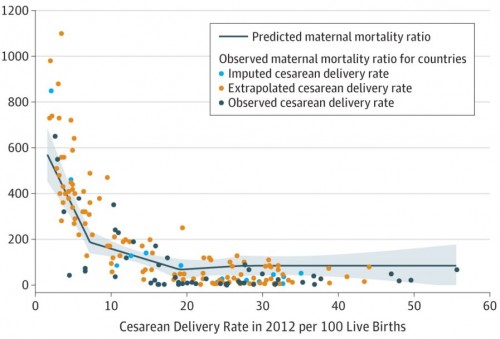 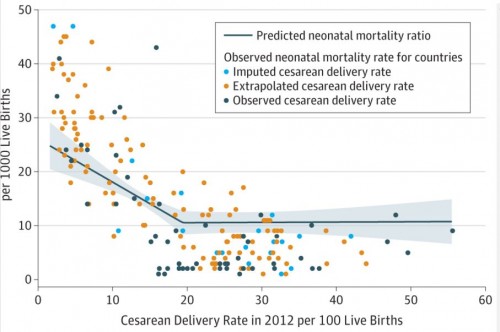 Very similar results. Improvements in infant mortality until about 19%, with less of an impact after that.

So, absolutely, countries with low rates of c-section should likely work to make it more available. In the US, though, we have a c-section rate of almost 33%, way past the point where more seems correlated with a benefit. Worse, both the infant and maternal mortality rates in the US are terrible. So… what are all those c-sections for?

Many areas of the world need more; we appear to have too much.