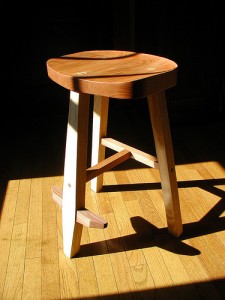 Yesterday I got into a discussion with an executive from a large and well known insurance company.  He chased me down as I was getting into my car.  He was arguing – vehemently – that the individual mandate was unconstitutional and that it was a government takeover of health care and that it would ruin private insurance companies like his.

It’s getting hard for a wonk these days.  Lately, I’ve been spending so much time correcting arguments for one side or another that I can’t make my own.  So, please, listen up. If you are affiliated with a private insurance company – if you work for one, benefit from one, or run one – then you are FOR the individual mandate.

As we have explained over and over and over, health care reform is like a three-legged stool.  If you like the regulations such as no lifetime limits, no exclusions for pre-existing conditions, and no increased cost because of such conditions, then great.  You got them.  Even Republicans seem to like these, so they are uncontested.  That’s leg one.

They’re right.  So what you need to do is make everyone buy insurance so this doesn’t happen.  That’s why you have the mandate.  That’s leg two.

“But wait!” say the people.  If you make it so we have to buy insurance, then you might force us to buy something we can’t afford.  They’re right.  That’s why we have subsidies to help many people buy insurance.  That’s leg three.

You can hate the whole thing.  You can look at this and sigh over it’s complicated structure and waste and long for a single-payer system.  You can hate insurance completely and want the whole thing gone.  But what you can’t do is remove one leg and think that the stool won’t topple.  And, if you’re an insurance company, you absolutely, positively can’t just remove the second leg.  That’s the leg we put in just for you.  From the WSJ:

Insurance companies fear that if they face new mandates but the law fails to bring millions of healthy uninsured Americans into the system, they could wind up with a relatively unhealthy customer base.
“It’s absolutely the worst possible outcome,” one former White House official said.

(h/t Igor Volsky for the pic)