Rx vs. OTC (Part One): How Drugs Become Either Prescription or Over-the-Counter

Izabela Sadej, MSW, is a policy analyst at Boston University School of Public Health. She tweets at @IzzySadej. Research for this article was supported by Arnold Ventures. 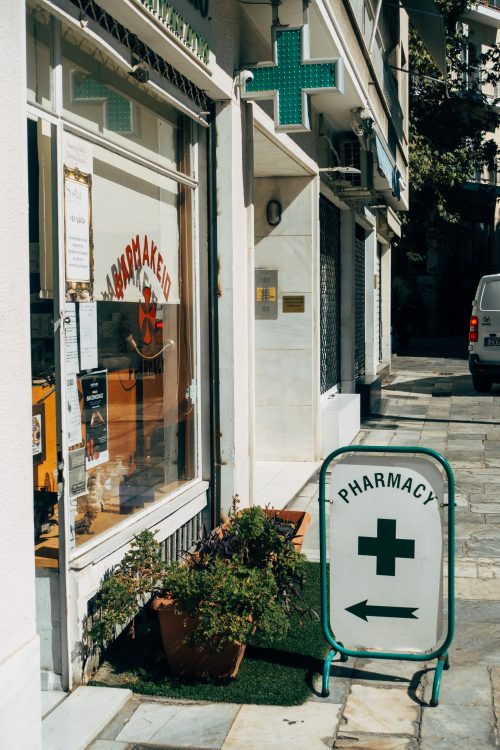 Americans take a lot of medicine. From 2015 to 2016, approximately half of the U.S. population reported using at least one prescription drug in the past 30 days. However, many prefer over-the counter (OTC) drugs for various reasons, such as being simpler to obtain. Yet the process behind how medicines are classified as prescription vs. OTC and how they switch from one to the other is not so simple.

This post is the first in a series that examines how and why drugs are either prescription or OTC in the United States. Subsequent posts will explore the costs and benefits of prescription and OTC drugs for stakeholders and the role of pharmacists in drug distribution.

The US Food and Drug Administration (FDA) reviews and approves new drugs, including determining under which classification — prescription or OTC — they will be released. This process has evolved over the decades.

In 1951, the US passed the Durham-Humphrey amendment to the Food, Drug, and Cosmetic Act, creating two classifications of drugs: prescription and nonprescription. Under the law, any drug that is deemed potentially habit-forming or harmful, and relatively unsafe for self-medication must be prescribed and supervised by a health care provider. This amendment also includes labeling requirements, stating that all drug labels must provide adequate instructions for use by the average person.

In 1962, the Kefauver–Harris amendment was added to the same law, which established a framework that requires drug manufacturers to scientifically prove that a medication is safe and effective. This is a key incentive for manufacturers to conduct clinical trials that assess the benefits and risks of their drugs.

There are currently over 100,000 marketed OTC drug products. Most of these drugs have reached the OTC market by satisfying the FDA’s monographs for OTC approval, a system that preapproves any drugs that contain active ingredients recognized as safe and effective for specific OTC uses such as: certain acne medications, antacids, cough and cold medications, hand sanitizers, laxatives, sunscreens, etc.

Drugs that fall outside the monograph qualifications, which are primarily new drugs submitted through New Drug Applications (NDA), almost always receive market approval to be prescription-only at first. In other words, there is a “prescription default” preference in the FDA approval system for new drugs.

Experts suggest that reversing this default to a presumption in favor of OTC status would promote patient autonomy. It would also align with a push by some for more medicines to be considered for the “Rx to OTC switch,” which has been relatively rare. An OTC presumption would require justification for a drug to be made prescription, increasing the likelihood of drugs being distributed as OTC from initial approval.

The Rx to OTC Switch

Though uncommon, drugs can switch from prescription to OTC. For example, azelastine hydrochloride (Astepro Allergy and Children’s Astepro Allergy nasal spray) is the most recent prescription to OTC switch in 2021. A drug can make this switch in two ways. One is through the “OTC drug review” — an ongoing FDA assessment of the safety and effectiveness of all nonprescription drugs as new information arises from petitioners (which can be from a Citizen’s Petition, from the drug manufacturer, or the FDA itself). The review process includes a panel of reviewers that determine whether some prescription ingredients are appropriate for OTC marketing. Another way is if the drug manufacturer submits an addendum to the original NDA, providing additional information that justifies a switch.

Whoever is advocating for the switch is responsible for developing the evidence that drives the approval process. There are three factors that the FDA must consider in order to approve the switch: a benefit-risk comparison, consumer-friendly labeling, and marketing considerations.

Accessibility to medicine is an essential part of an equitable healthcare system. While drug safety and precautionary measures are essential, patient autonomy is important too. The prescription vs. OTC decision trades the former off for the latter, to some extent. However, there are other approaches not used in the U.S. that strike a different balance, to be explored in a subsequent post in this series.