Physicians’ attitudes regarding substance use

According to The National Center on Addiction and Substance Abuse (CASA) report “Missed Opportunity: National Survey of Primary Care Physicians and Patients on Substance Abuse” substance use is America’s leading health behavior problem. Yet, based on a representative survey of physicians and substance use patients in 1999, the organization found that physicians didn’t think treatment was very effective.

The following chart, from the report, shows that physicians think other health conditions like hypertension, diabetes, and depression are far more treatable than substance use. 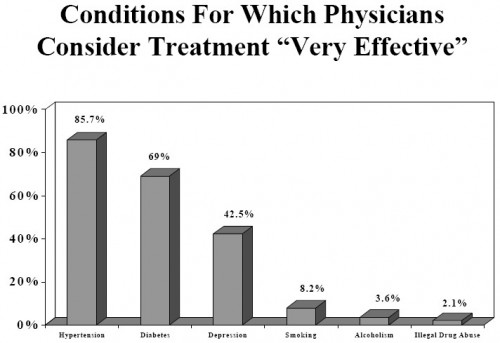 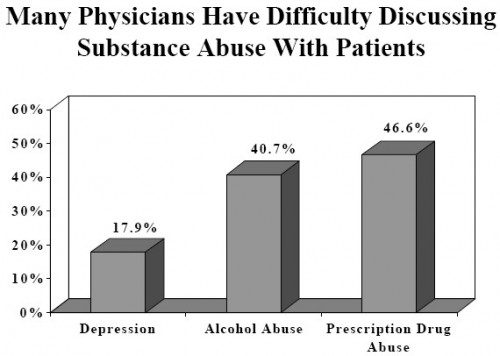 The reasons for such difficulty is multi-factorial. 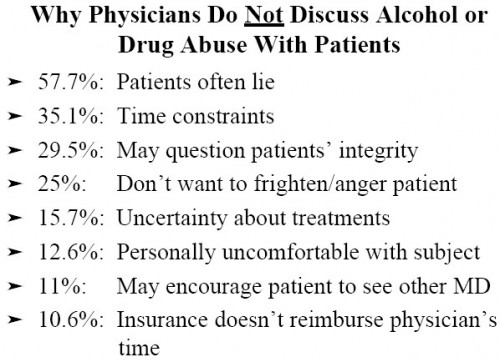 The leading reason is that “patients often lie.” Is this plausible? Patients themselves say it is. 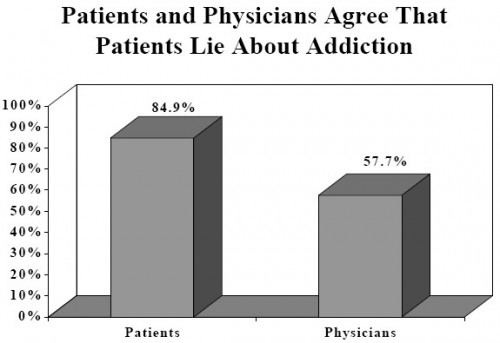 With this much lying going on, apparently, I’m sympathetic to physicians not seeing it worthwhile to discuss the problem.

Here are some other findings from the survey.

94 percent of primary care physicians (excluding pediatricians) failed to include substance abuse among the five diagnoses they offered when presented with early symptoms of alcohol abuse in an adult patient. […]

Forty-one (40.8) percent of pediatricians failed to diagnose drug abuse when presented with a classic description of an adolescent patient with symptoms of drug abuse.

Most patients (54.8 percent) agreed that physicians do not know how to detect addictions.

Most patients (54.5 percent) say that doctors prescribe drugs that could be dangerous to addicted individuals. Thirty (29.5) percent of patients said their physician knew about their addiction and still prescribed psychoactive drugs such as sedatives or Valium.

The average patient was abusing alcohol, pills and/or illegal drugs for ten years before entering treatment.

Three out of four patients (74.1 percent) said their primary care physician was not involved in their decision to seek treatment and 16.7 percent said the physician was involved only “a little.”

How much have things changed with regard to physician-patient communication in this area over the last dozen years? I don’t know. Do you?