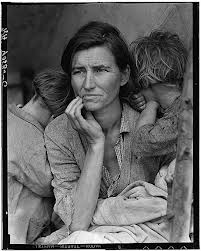 There is an emerging narrative that America is facing a crisis of poorly-educated men. This is a problem we should focus on — so long as we recognize that there is also a crisis among poorly-educated women.

There are many stories about men falling behind and women stepping up to take their places. A recent and widely-discussed Pew study reported that women are the breadwinners in 40% of US familes. Men suffered greater loss of employment than women in the beginning of the great recession (although this may have evened out later). Moreover, the loss of male employment was concentrated among poorly-educated men. This is particularly troubling, because men are falling behind women in educational attainment: 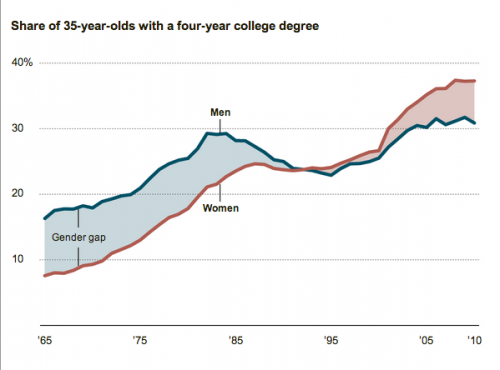 I think the greatest, most astonishing fact that I am aware of in social science right now is that women have been able to hear the labor market screaming out ‘You need more education’ and have been able to respond to that, and men have not, and it’s very, very scary for economists because people should be responding to price signals. And men are not. It’s a fact in need of an explanation.

Commenting on the Pew Breadwinners data, @Ben_Domenech argued on Twitter that

Feminine achievement is NOT the problem. Men lagging behind is.

Considerations like these led Hannah Rosin to write that

Earlier this year, women became the majority of the workforce for the first time in U.S. history. Most managers are now women too. And for every two men who get a college degree this year, three women will do the same. For years, women’s progress has been cast as a struggle for equality. But what if equality isn’t the end point? What if modern, postindustrial society is simply better suited to women?

There is nothing wrong and everything right with the increasing success of women in schools and the workplace, and conversely for men who fail in these settings.

Nevertheless, we should resist reducing the gender narrative about modern America to “women rising / men falling.” That story omits poorly-educated women, who have been experiencing hard times. So hard, in fact, that is it showing up in reduced life expectancy.  Ellen Meara and her colleagues found a decline in the life expectancy of less-educated women in the last two decades of the 20th century. 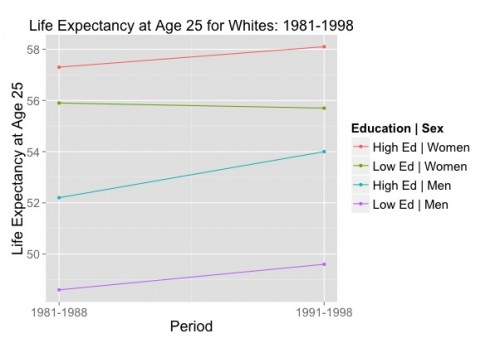 Similarly, Olshanky and his colleagues found a sharp decline in life expectancy among white women with less than a high school education: 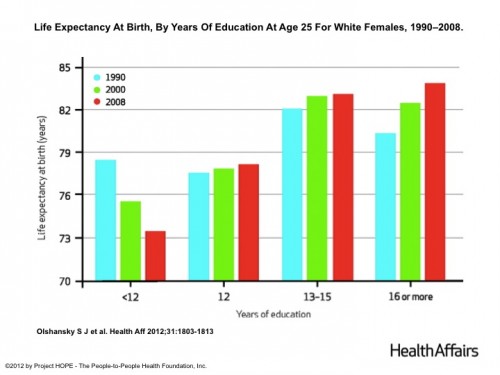 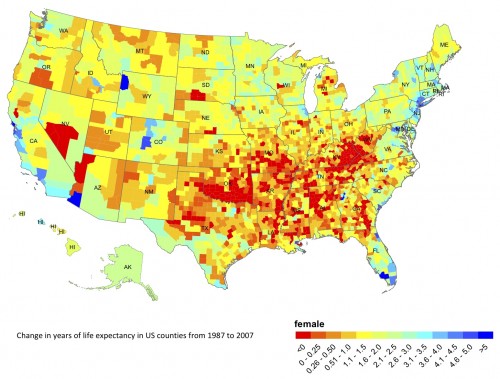 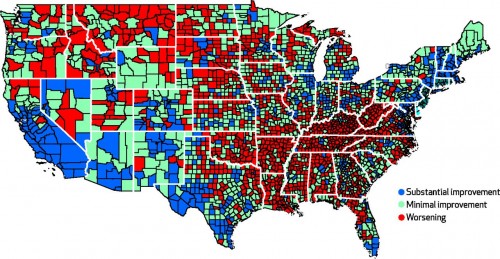 Jennifer Montez and Anna Zajacova similarly found that the education gap in mortality for white women widened from 1997 to 2006. They also found that high unemployment and high prevalence of unhealthy behaviors were the factors that seemed to explain the decline.

That life expectancy would decline for a large subpopulation in a developed country in the absence of war or plague is shocking. Steady improvement in life expectancy has been the norm across developed countries since the beginning of the 20th century. Poorly-educated white women may be the canaries in the coal mine of increasing US inequality. Our health and employment policies must give priority to the well-being of poorly-educated members of both genders.

UPDATE: Over at the Inequalities blog, I comment on the ethical significance of this decline in life expectancy.