Liberalia and Teapartystan divide over the ACA

The US has split over whether to implement the Medicaid expansion in the Affordable Care Act. 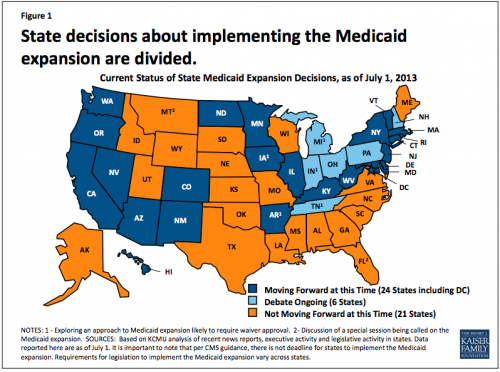 The dark blue states are expanding Medicaid. Let’s imagine they were a country — call it Liberalia. Liberalia had an estimated 146 million people in 2012. The remaining states have either rejected the expansion or are still debating it. Call them Teapartystan, a nation of 168 million people. 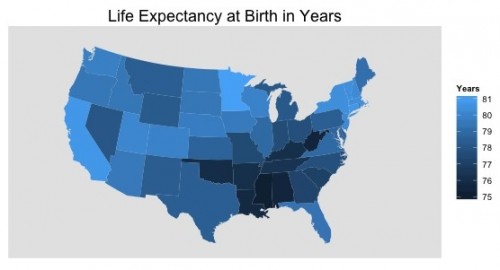 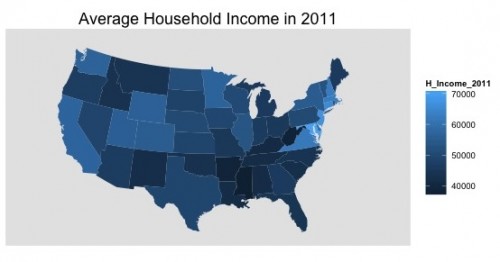 By their lights, Teapartystanis can acknowledge these facts and rationally reject the expansion of Medicaid. That would make sense if they believed that expanding Medicaid would harm their population’s health or make it poorer.

This bewilders Liberalians. They believe that there is no credible evidence that Medicaid is worse for health than being uninsured. Moreover, Teapartystan suffers more heart disease, more strokes, more you-name-its. Expanding Medicaid wouldn’t fix this. But a stroke victim needs care and the Medicaid expansion would transfer funds for that care from richer Liberalians to poorer Teapartystanis. How does Teapartystan come out ahead by rejecting this deal? Ezra Klein:

In the states, Republican governors are saying no to billions of dollars in Medicaid money (and, in a number of cases where they said “yes,” their even-more conservative legislatures have said “no” on their behalf). That cuts them off from much-needed funds and cuts their poorest constituents off from free heath insurance. Moreover, it means their safety-net hospitals lose money they were relying on to survive — forcing devastating cuts to care. The result is a poorer state, worse-off residents and a health system under terrible financial stress.