AIDS is still with us, still taking too many lives.

Yesterday’s New York Times included an obituary for the AIDS activist Spencer Cox. Dead at age 44 of AIDS-related causes well before his time, Cox played a key role in the Treatment Action Group, which did much to accelerate development and distribution of AIDS drugs. His death and the deaths of others remind us of one simple fact: HIV/AIDS is still with us. It’s still ending too many lives. 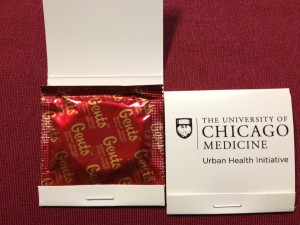 Overshadowed by the tragedy in Newtown and the fiscal cliff farce, CDC’s latest report–Estimated HIV incidence in the United States: 2007-2010–didn’t get the attention it deserves. It’s especially disappointing to see such limited attention within the blogosphere, and within the community of health policy wonks who comprise our core audience here.

Recent news is not very surprising. It is not especially good, either. An estimated 47,500 Americans became HIV-infected in 2010, about the same number of new infections as occurred in 2007. An estimated 29,800 of these infections occurred among men who have sex with men. MSM are the main risk group which demographically replenishes itself. As a result, MSM now account for more than 60% of all new HIV infections in the United States, and about 78% of all new infections occurring among men. The epidemic has already burned through the majority of injection drug users and several other groups facing particularly high risks.

Notwithstanding wonderful treatment advances, HIV/AIDS still kills surprising numbers of Americans every year. It’s hard to be too precise here, since people living with HIV and AIDS can die of other causes. Since the epidemic began, more than 600,000 Americans have died after being diagnosed with AIDS. In 2009, there were another 18,000 estimated deaths of persons with AIDS diagnoses across the United States.* To put this in context, about 9,100 Americans died in gun homicides that same year. The annual AIDS death toll continues to rival the annual toll of American combat deaths during the worst years in Vietnam.

We should do better. The Obama years have included many public health advances. The language and values of public health are vastly better than the Bush era. The Obama administration embraces methadone maintenance, syringe-exchange, and evidence-based approaches to prevention education. Particularly in states that embrace Medicaid expansion, the Affordable Care Act (ACA) will markedly improve access to standard medical care, and to substance abuse treatment, and mental health care.  ACA’s Prevention and Public Health fund finances important HIV prevention interventions.

Yet the past four years have been times of lost opportunity, too. The great recession has greatly damaged state and local public health infrastructure. Tens of thousands of public health workers have lost their jobs. ACA’s prevention and public health fund has already been cut in the deficit ceiling fight. Sequestration would bring further public health cuts within the non-defense-discretionary components of the federal budget.

America’s $2.8 trillion health care economy will never give public health the emphasis it deserves. The political economy of this sector will always favor concentrated patient and provider constituencies who benefit from acute care investments over the relatively disorganized, low-income, and often politically marginal constituencies who benefit the most from HIV prevention and other investments in public health. The results are fairly predictable. That does not make them any more acceptable.

*In 2009, about half of deaths of Americans with HIV or an AIDS diagnosis were directly attributed to HIV/AIDS.  An unknown proportion of other deaths were hastened by the disease. So it’s probably more accurate to say that gun homicides and HIV/AIDS mortality are quite similar in their incidence in the U.S.