Added sugars are a big deal

As I continue my three month weight-loss kick (which I still promise to write about), I could not help but be interested in a study from the CDC, Consumption of added sugar among U.S. children and adolescents, 2005-2008. Let’s start with a definition of “added sugars”:

So let’s own that these are added ingredients, specifically sugar. It’s not glucose that’s normally in food. The question is, how many calories of added sugar are kids eating? 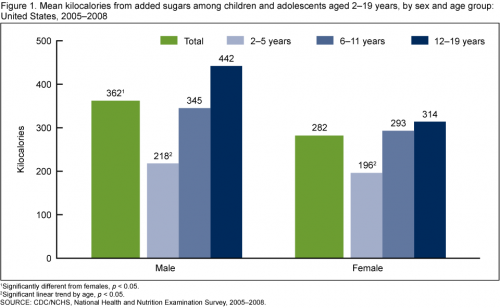 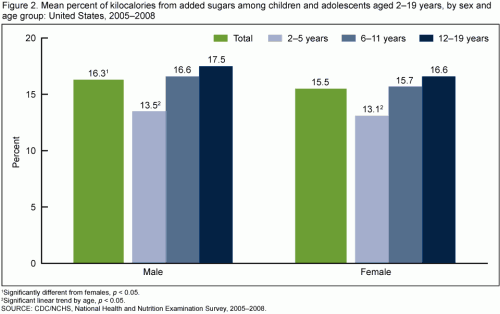 As we talk about how hard it is to combat obesity, it’s worth thinking about numbers like this once in a while. If we could get kids to give up half, not even all, of the added sugar in their diet, their overall calorie consumption would drop by 8%. They’d be dropping about 140-180 calories a day from their diet. And those calories are totally empty – they’re from added sugars they don’t need, and that won’t satiate them. When other research shows that reducing your caloric intake by 20 (yes, twenty) calories per day for three years could lead to an average weight loss of 2 pounds, making this small change could be a big deal.