The following (in no particular order) are some of the other, occasional, or past contributors to the blog. 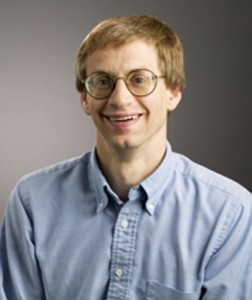 Harold Pollack is the Helen Ross Professor at the School of Social Service Administration at the University of Chicago. An expert on the intersection of poverty policy and public health, he has served on three expert committees appointed by the National Academy of Sciences. His recent peer-review research has appeared in American Journal of Public Health, JAMA, Health Economics, and many other peer-review publications. His print and internet journalism has appeared in the Washington Post, New Republic, the New York Times, American Prospect, and many other publications. Co-director of the University of Chicago Crime Lab, his current research examines policy and clinical interventions to reduce violence and to address substance use disorders.

Don is an associate professor of Public Policy at Duke University. He holds three degrees from the University of North Carolina at Chapel Hill, including PhD in Health Policy and Management from the School of Public Health. He has published numerous peer review articles and co-authored two books. His papers have appeared in the New England Journal of Medicine, BMJ, Health Affairs, The Journal of the American Geriatrics Society, and Social Science and Medicine.

Most of his ongoing research is in the area of end of life policy with a focus on patient decision making and Medicare hospice policy. He was named a member of the HRSA Negotiated Rulemaking Committee that was created by the Affordable Care Act to reconsider how the federal government identifies Health Professional Shortage Areas and Medically Underserved Areas. He wrote 29 columns on health reform for the Raleigh, N.C. News and Observer and has contributed to The New York Times’ Room for Debate forum. He has appeared on North Carolina Public Television, done Office Hours live for Duke University, and taken calls on Wisconsin Public Radio to answer questions about health reform. Taylor is currently writing a book on the role of health care policy in developing a long range balanced budget in the U.S. 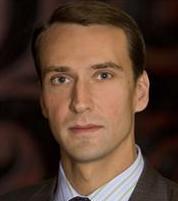 Ian is a partner at the Seattle-based law firm Susman Godfrey LLP, whose practice has focused on antitrust and patent matters. Before joining Susman Godfrey, Ian served as law clerk to the Honorable Robert Boochever on the United States Court of Appeals for the Ninth Circuit from 1999 to 2000, and to the Honorable John C. Coughenour, then Chief Judge of the United States District Court for the Western District of Washington, in 1998 and 1999. He is the author of “Worlds in Stone: Gadamer, Heidegger, and Constitutional Originalism,” 75 Tex. L. Rev. 849 (1998); and “Portland’s Asset Forfeiture Program: The Effectiveness of Vehicle Seizure in Reducing Rearrest Among ‘Problem’ Drunk Drivers,” in Policing in Eastern and Central Europe: Comparing Firsthand Knowledge With Experience of the West (Milan Pagon ed. 1996). Washington Law & Politics Magazine selected Ian as a “Rising Star” each year since 2003. 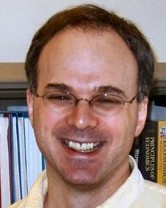 Steve is a health economist with a background in politics and public policy. Prior to his graduate training in economics, he directed the Massachusetts affiliate of a national consumer and environmental organization. He also served as committee staff to the Senate Human Services Committee in the Massachusetts legislature. After receiving his PhD he spent four years at a research firm mostly dedicated to conducting Medicare program evaluations. Steve now has a joint appointment with the Department of Health Policy and Management at Boston University’s (BU’s) School of Public Health and Health Care Financing & Economics (HCFE) at the Boston VA Healthcare System, U.S. Department of Veterans Affairs. He has authored over twenty peer-reviewed scholarly publications, mostly focusing on U.S. health care financing, economics, and policy.

Steve’s other interests include electoral politics, the econometrics of observational studies, and the effectiveness of medical treatments. Outside the formal labor market, he and his wife try to raise and educate two children, assist their parents, and participate in their humanistic congregation.