Appeals will continue, but let’s take today’s Halbig decision at face value. How much will this decision cost the working poor? The amount varies with income and other variables, but for a 40 year old individual making $30,000 a year, the tax credit was estimated at $1345 (KFF estimate here). Retroactive tax bills under Halbig will be significant and everyone impacted will have trouble paying for health insurance going forward (about 57% of exchange participants were previously uninsured, according to a KFF survey).

How many people will be hurt?

At first glance: anyone receiving tax credits in the 27 states with federally facilitated exchanges (FFEs): (AL, AK, AZ, FL, GA, IN, KS, LA, ME, MS, MO, MT, NE, NJ, NC, ND, OH, OK, PN, SC, SD, TN, TX, UT, VA, WI and WY; KFF list here). But the government reports 36 states as having FFEs, including 9 additional states not included on the list above (ID, NM, AR, DE, IL, IA, MI, NH, and WV; more on this below). Using this broader definition, 4.683 million Americans may now have a surprising tax bill and be at risk of losing health insurance, being told retroactively that they didn’t qualify for tax credits after all. The breakdown of the 4.683 million at-risk enrollees by state (based on this ASPE report and these state-specific excel files):

Why are the additional nine states included? Seven are partnership states and two (ID/NM) have short term agreements.

Idaho and New Mexico couldn’t set up their IT in time and signed agreements to allow CMS to start up their exchanges until the states are ready to take over. Will 95,156 of their residents (69,780 and 25,376, respectively) have to refund their tax credits until the switch occurs?

The data from ASPE includes as FFE the seven states with “partnership” exchanges (AR, DE, IL, IA, MI, NH and WV). Do these arrangements count as “an Exchange established by the State?” If so, 527,000 people don’t lose their tax credits today. But if this model works, why can’t any state negatively affected by today’s decision simply sign a quick “partnership” agreement with CMS? If this works prospectively (as was suggested at oral arguments before the 4th Circuit in a related case), what about the tax credits from 2014? Will Halbig just punish about 4.683 million working poor for 2014 – but not 2015 and beyond – if quick agreements are signed by CMS and the states?

But some state-based exchange states are in flux, which could increase the totals above. Oregon is in the process of switching to a FFE because of an epic website failure. Does that mean that 54,663 Oregon residents lose their tax credits once the switch occurs in November? Maryland is also considering the federal exchange after start up troubles. In Maryland, the number at risk is not separately reported, but could be estimated at 58,271 (86% of 67,757; 86% is the overall percentage of FFE enrollees qualifying for financial assistance). No one has told the working poor in Oregon and Maryland that over 110,000 people could lose these tax credits.

And what about states that might outsource their exchange to another state? (MA, MD, MN and NV are considering this). Does an exchange operated by another state qualify as “an Exchange established by the State” under IRC sec. 36B(b)(2)(A) (emphasis added)? Seem likely, but if not, up to another 170,000 are at risk.

Some special situations deserve mention. In Utah and Mississippi, the state runs the SHOP exchange and the federal government runs the individual exchange. Does that mean that if you are insured through a small business in Biloxi or Provo you keep your tax credits, but if you purchased as an individual you owe a tax bill?

In addition, consider the seven “plan management” states? (KS, ME, MT, NE, OH, SD, VA). Some functions in these FFEs are performed by the states by agreement with CMS. If these ostensible FFE states are actually “established by the State,” then 442,000 people keep their tax credits. (Kansas claimed in amicus briefs that their citizens will lose tax credits, which is inconsistent with this argument). 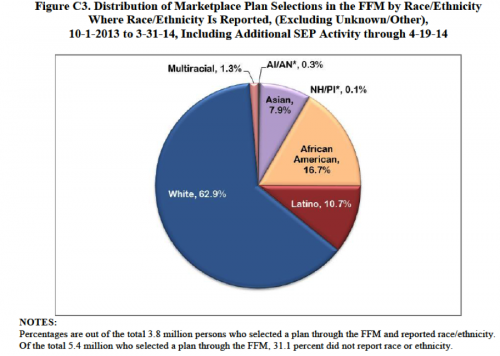